Status of ITS resources

Staff Honored for Years of Service

Sept. 24, 2014 — The Department of Housing and Dining Services would like to recognize five of its long-standing leaders for decades of devoted service.

Pence joined the department in 1963 as a graduate student. In the years since, he has served in many roles including manager of K-State's dining centers, associate director and his current position of senior associate director. Pence has also instructed courses in the Department of Hotel, Restaurant, Institution Management and Dietetics. He has received the International Foodservice Manufacturers Association Silver Plate Award, National Association of College and University Food Services Theodore W. Minah Distinguished Service Award and many others.

Molt began her career at housing and dining services in 1973 as an administrative dietitian and assistant unit manager at Derby Dining Center. She has also served as the unit manager at Kramer Dining Center, director of Derby Dining Center, and her current role as associate director of the department and assistant professor of hospitality management and dietetics. Among her many awards are the International Foodservice Manufacturers Association Silver Plate and Gold Plate Awards, as well as the 2013 Medallion Award from the Academy of Nutrition and Dietetics. She is the author of “Food for Fifty,” a guidebook on preparing high-quality food in large quantities.

Howerton began working at Derby Dining Center four days before his 20th birthday on Aug. 24, 1973. He's had many great experiences in the past 40 years, his favorite being the time he helped deliver Christmas presents to a family Derby adopted. The expression on the family's face was priceless! Richard is looking forward to retiring so he'll have more time to devote to his artwork.

Tebbutt joined the department in 1974 as a general maintenance repair technician and advanced through the ranks to his current position as physical plant supervisor specialist. Gene was instrumental in the first minor renovations of the Jardine Apartments complex in the 1980s, the success of which paved the way for more upgrades. He was also involved with the creation and management of a departmental construction crew, which started with a group of four individuals that grew to 24 and is now known as the "A-Team."

Richard Wege began packaging meat for the dining centers on May 1, 1973, at Pittman Food Stores. In 1974, he worked in both Derby and Kramer dining centers receiving shipments and stocking the food products. In 1976, Richard was promoted to a meat cutter position after attending the National School of Meat Cutting in Toledo, Ohio. He was promoted to senior cook in 2003, and continued to work in Food Stores slicing deli meat. During the summer months Richard is instrumental in counting and updating current inventory of the dining centers’ china, equipment, employee uniform stock and food products at Food Stores. 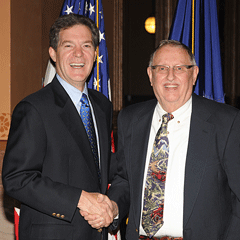 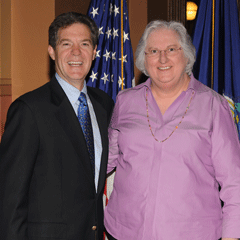 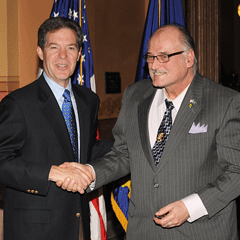 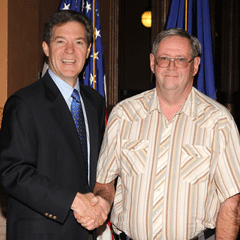