Status of ITS resources

March 1, 2018 — An awareness campaign titled "Human Trafficking: a Global Issue" was recently recognized on the regional level by the National Residence Hall Honorary as the passive program of the month. Resident Learning Assistant Madison Sawyer and Resident Assistant Ieasha Gray developed a visual campaign on the topic for residents of Moore Hall. 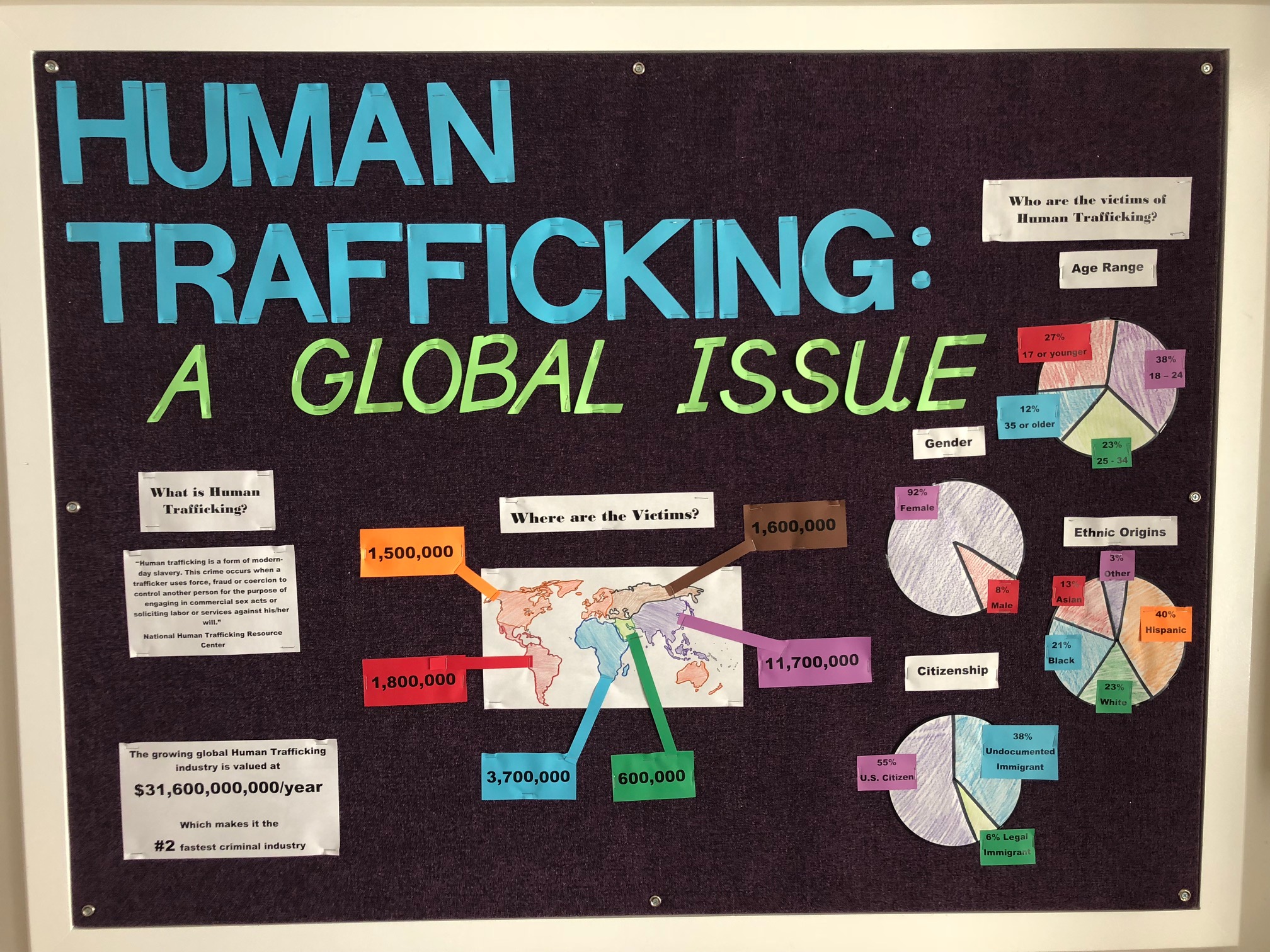 “I believe that Madi and Ieasha wanted to draw the attention of their fellow students to the issue of human trafficking and make them aware of how truly pervasive it is on a global scale,” Wolf said. “While it may not be one that is often at the forefront of many college students' minds, this worldwide challenge is among the most tragic and difficult to solve that we face today and is in all likelihood occurring far closer to many college students than they would suspect.”

The display contained the definition of human trafficking, the value of the global industry, a world map sectioned into regions depicting the number of human trafficking victims, and other charts containing demographic statistics. It was placed near the back entrance of the main lobby where it caught the attention of residents entering the building.

“I think that, due to its effective design and convenient location, it has hopefully been seen and contemplated by many other residents,” Wolf said. “In thinking about it, they may even begin to wonder what other issues they could better-informed of and to consider the ways in which human trafficking might affect them and what they can possibly to do help to combat it.”

The Little Apple Chapter of NRHH accepts “Of The Month” nominations for numerous categories including advisor, residential community, first-year student and organization. Campus winners are recognized each month, and are sent to be reviewed at the regional and national level.